The Republican Political Hacks Of Middletown 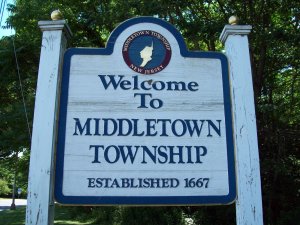 This longtime resident of Middletown reads with interest the ranting,preposterous dribble from the republican political hacks of Middletown. This includes the current republican committee persons and all those among the ranks of the political patronage persons dependent on these so called representatives of the people.

Expenditures for defending a committeeman from charges of misconduct (amount never disclosed as to the cost to the taxpayers),a convicted committeeman and former mayor,now serving a prison term for violating the public trust, are among the points that immediately come to the mind of this taxpayer and also the handling of the County ordered revaluation. Who knows what lurks in this township if a forensic audit were to be done by authorities able to supercede the efforts of the republicans to hide the facts from it’s residents.

We need only to look at the last political campaign in this township to see just how low the republicans were willing to stoop to retain control of the township committee. Ask yourself WHY??? It’s all about money,ladies and gentlemen…..and you pay the bills while patronage is alive and well in Middletown.

Hypocrisy Is the name of the blame game played by the current majority.Everything wrong is someone else’s fault. Try cleaning up your own act before pointing fingers at ANYONE ELSE

All intelligent people know that there are morally and integrity challenged politicians in BOTH parties. No,they are not ALL or ONLY democrats. Many are republicans…and some of them dot the landscape here in Middletown,serving only their own agenda and not the people they were entrusted to represent or serve.