CMX Engineering: Firm That Is Doing Work On Lincroft Sports Complex Tackled For a Loss; Shutting Down Operations As Of May 11th 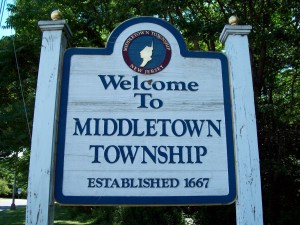 Very courious development in the issue over the Lincroft Sports Complex, CMX Engineering, the firm that Middeltown hired to do the engineeering work and develope bidding specs for the turf field projects at West Front Street Park in Lincroft and Croydon Hall in Belford is going out of business as of May 11th this year and it has left many that oppose the field project scratching their heads.

Could the reason why the Township is so hell bent on ramming through the fields over residents concerns and comments to the contrary, be because they have a timeline with CMX to finish the intial work so that the sports complex can be placed out for bidding?

If so, why would the Township even hire a company that they new was going out of business to do this type of work in the first place ? After all Monmouth County knew back in January that CMX wasn’t going to be around long enough to finish work for them so they didn’t give them a contract to design intersection improvements at Memorial Drive and Evergreen Avenue in Neptune City and Bradley Beach.

Here is an excerpt from today’s Asbury Park Press on the closing of CMX Engineering:

“…In years past, the company was dogged by controversy.

In 1990, Stephen DePalma and the company were indicted on bribery charges. The state charged that DePalma and then-Woodbridge Mayor Joseph DeMarino paid $5,750 to a Carteret councilman in exchange for an engineering contract. Both DePalma and DeMarino were acquitted.

In 2005, the company announced that it would no longer make corporate political donations after it gave more than $875,000 to state- and county-level campaigns between 2000 and 2004.

In February 2009, founder Howard Schoor was sentenced to two years’ probation, 250 hours of community service, and a $7,500 fine after he admitted paying off an Ocean Township official.

Company officials have said Schoor has not been associated with the company on a daily basis since 1996. He retired from the firm in 2005.

Still, CMX has had a presence at the Jersey Shore for years and has contracts or provides engineering services in roughly a dozen municipalities in Monmouth and Ocean counties.

CMX and its predecessor formerly had extensive contracts with the Monmouth County government, but business was reduced to a trickle in recent years.

In January, the Monmouth County Board of Freeholders approved an $88,844 engineering contract with CMX to design intersection improvements at Memorial Drive and Evergreen Avenue in Neptune City and Bradley Beach.

The contract was never executed, a county spokesman said.

“We have been notified this was coming,” spokesman William K. Heine said. “There are some open purchase orders currently, and we are working with county counsel to determine what if any deliverables are due to the county to be paid for….”

3 responses to “CMX Engineering: Firm That Is Doing Work On Lincroft Sports Complex Tackled For a Loss; Shutting Down Operations As Of May 11th”