>The President explains how the most dire warnings about the Citizens United case have been proven valid as Republicans in Congress have blocked legislation to fix it.

>Saturday Morning Cartoons: In honor of the "Taxman" Himself Gerry Scharfenberger; The Beatles’s "Taxman"

>It’s Saturday once more, time for a cartoon.

While the Beatles might have dreamt they were back in the time of Merry Olde England, and tried to pay Ringo’s whopping tax bill with the aid of Robin Hood and Little John, Middletown residents aren’t so lucky.

Middletown has its own “Taxman” in Gerry Scharfenberger, who has risen the local tax rate by more than 39% over the past 5 years and if you don’t pay up your home may be taken.

Instead of my usual bowl of Cheerios, I think I need some Pepto Bismal.

>Smoke and Mirrors: Scharfenberger To Pledge Support For Property Reassessments To Deflect Anger Away From 12% Tax Incease

Can you believe this one? In a soon to be released press statement, Middletown’s acting mayor Gerry Scharfenberger, will announce his plan to support a town wide property tax reassessment.

It seems that Scharfy and crew have decided that they can’t wait for their usual October surprise. The need to turn the tide on their ill-conceived budget, that has risen the local tax rate by 12% and angered a large majority of residents, has them running scared and desperate for votes.

How much do you think a new Town wide property reassessment will cost, especially after the botched revaluations cost the Township a couple of $ million to complete in the first place?

And really, does Scharfenberger and his buddies think that a reassessment will have a positive effect on the average homeowner? Middletown still needs to collect $45 million worth of taxes from residents to support the budget. The reassessment may lower the overall assessed value of ones home and make it seem as though the average homeowner will get a break, but in actuality the assessed tax rate will climb to offset the decrease in revenues from the lower home assessments.

The assessed tax rate now stands at $0.3975 per $100 of assessed value. That rate will increase as home values are reassessed lower by the township, it will have the same effect on both the School and County portions of the tax bills as well.

Essentially therefore Scharfenberger’s plan is nothing more than a smoke and mirror parlor trick or a game of Three Card Monty, to divert voters anger away from the 12% municipal tax rate increase.

I’ll post the press release as soon as it is available.

>While I’m At It, Here’s Another Letter From the APP: Who can afford to live in Middletown?

>Since I seem to be reprinting letters to the editor, I might as well add one more.

This letter was written by Bonnie Lynn Isaksen and was printed in Monday’s on-line addition of the Asbury Park Press.
I find it interesting because there seems to be a growing frustration building up in residents over their local tax bills.
For those paying attention, Middletown adopted it’s 2010 budget which included a 12% municipal tax increase on September 7th. The municipal portion of the property tax bill that residents need to fork over to Town Hall has risen from $0.35 to $0.3975 per $100 assessed value:

It’s a nightmare. Middletown taxes have gone higher, there are no homestead rebates this year and no tax credits until next year.

People will be moving out of Middletown. Who can afford to live there anymore? With the new budget 4.5 percent higher than last year, this puts a strain on all its residents. Expecting more foreclosures in Middletown? You bet.

Middletown should send out “pack your bags and get out” notices along with the new, higher tax bills. 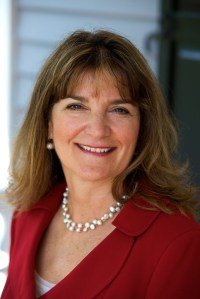 I just found the following letter published on-line over at the Asbury Park Press. The letter is in support of Middletown’s Democratic Committeeman Sean Byrnes’s running mate Mary Mahoney.

Mary is starting to build a very large following around town and is quickly becoming Middletown’s “darling”. Those that meet her on the campaign trail can not help themselves from falling for her and her bubbly, warm and down-to-earth, genuine persona. She has been describe by those that have met her as a “Natural”:
I have been a resident of Middletown for 23 years. Over the past few years, I have noticed a conspicuous lack of transparency in our local government and been disappointed by many of the decisions and policies pursued by the current leadership.

This year, one of the candidates, Mary Mahoney, is someone I have known and worked with for many years. Mahoney has consistently been an outstanding leader in our community.

I have had the privilege of working closely with Mahoney on the Lincroft PTA executive board, and know how intelligent, dedicated and hardworking she is.

This November, Middletown residents should support a new direction for the township by casting a vote for Mahoney.

>Letter: Byrnes is the Kind of Leader Middletown Needs

>It seems as the letter written by Republican County Committeeman Michael Vitkansas last week that criticized Sean Byrnes for being a “socialist liberal” and questioned his support of the so-called “special interests” has been responded to by yet another.

The following letter was sent to me and appears on-line at the Atlantic Highlands Herald website:

I read with interest the letter from Mr. Vitkansas attempting to criticize Sean F. Byrnes. Mr. Vitkansas’ pitch is one of guilt by association. His logic runs something like this: Mr. Byrnes is a Democrat, therefore he is pro-Union, pro-COAH and ultra-liberal. Before writing his letter, Mr. Vitkansas should have taken the time to review Mr. Byrnes’ record.

Unlike Mr. Vitkansas, I attend many of the Township meetings. Here are some facts. Mr. Byrnes called for layoffs in early 2009 and deep cuts in benefits spending, but the Republican majority on the Committee did not act on his request until the middle of 2010. Mr. Byrnes favors privatizing much of the Township’s leaf and brush pickup and introduced a resolution to save money by consolidating all maintenance operations in the Township, instead of having separate maintenance departments for the school district and the different township departments. He also wants to competitively bid all professional contracts to reduce costs for taxpayers.

As for COAH, the all-Republican Township Committee missed a golden opportunity in 2005 to save the Avaya site from inclusion in Middletown’s Affordable Housing Plan when the Township failed to follow through on an agreement with Red Bank to purchase housing credits. When they could wait no longer, Red Bank ultimately sold these credits to Manalapan and the residents of Lincroft were dealt the prospect of affordable housing at the Avaya site. For what it’s worth, I doubt that the Tea Party would find favor with the tax bills handed by Mayor Scharfenberger to Township residents, especially the 12% increase in the municipal tax levy for 2010.

By the way, Mr. Byrnes was the only Committee member to vote against this increase. Mr. Byrnes is not the ultra-liberal Republicans and Tea Party members would like you to believe. I challenge Middletown residents to look at the candidates’ records and come to the Township Committee meetings. You’ll see that Mr. Byrnes is the kind of leader we want in our local government.