>With all the hoopla surrounding the redevelopment of the Avaya industrial site in Lincroft which is calling for 342 housing units to be built, I find a resolution on the docket for approval at tonight’s Township Committee meeting in Middletown interesting in it’s timing. 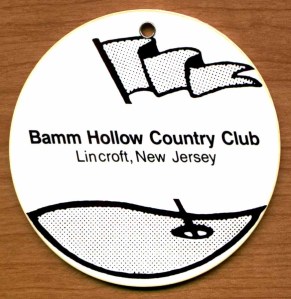 Resolution No. 11-169 , which authorizes the settlement agreement between Bamm Hollow builders and the Township, seems to be an attempt by the Township to sugarcoat the history behind the redevelopment of the Bamm Hollow Country Club property, in a way that show outspoken community groups like SONIC and the Lincroft Village Green Association that the Township Committee is really looking out for their best interests and are not really interested in building high density housing in Lincroft.
Unfortunately though we know differently.
Bamm Hollow developers originally wanted to build 200-300 homes on the site when plans were first proposed with no COAH units, I was told. The Township objected to the initial development due to the it’s size and wanted the developers to scale it back a bit.
After further discussions took place, the Township approached the Bamm Hollow developers, along with several other land owners, wanted to know if they would be interested in having their properties included in the Township’s Master Plan for residential development. Many of them (including Bamm Hollow) agreed to join the Township’s planned most of them then had their properties rezoned from commercial properties to residential (Avaya being an example).
From what I had been told, the Bamm Hollow property and the Avaya property where then (on paper) combined to make one large development. It was only after plans were leaked out that the development of the Avaya site would not include Bamm Hollow, that Bamm Hollow decided to revise their plans from 200 or so single units to the 1200 units with COAH housing.
The developers knew at the time that Middletown had failed to meet it’s COAH requirements so they decided to seek a “Builder’s Remedy” in the courts to have the property zoned to the way that they had originally wanted. The 1200 units were a bluff by the builder and would have never been built with COAH in mind because the site did not meet the conditions to satisfy COAH requirements on its own.
So now that the Bamm Hollow case has been settled in courts (pretty much to the way Bamm Hollow had originally wanted in the first place), the Township is attempting to show residents of Lincroft and the rest of the Township, that they are fighting for their best interests (after spending hundred of thousands of dollars) by fighting Bamm Hollow in the court and winning so that now, the “little” (in caparison ) 342 unit redevelopment of the Avaya property doesn’t look so big and bad to those that live in the area.
I’m sure that there will be some discussion about this tonight that will be very interesting and somewhat revealing, it will make for a great show. The meeting starts at 8:00 if you wish to attend.