Now I’ve heard everything but I guess it was only a matter of time.

Avatar; A Must See Film, Is A Sequel Far Behind? 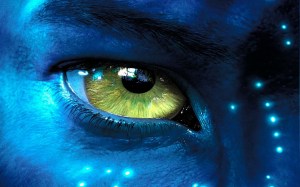 I took the family to see the James Cameron film Avatar last night, the film was in digital 3-D and it was amazing! By this time most everyone has heard about or seen the movie so I wont go into too much detail other than to say that it was the best visual effects movie I have ever seen.

Usually I am not one who goes and sees 3-D movies, I feel that 3-D is a gimmick, it doesn’t add anything to the plot and it takes away from the enjoyment of the experience because you are waiting for the next flying monkey to leap out from the screen to hit you in the head. This was not so with Avatar, there was nothing gratuitous or superficial about the effects, Cameron played it straight which made the movie watching that much more interesting and intense.

The colors and textures on screen were intense and leaped out to fill the senses as if you were on the far off and distant world of Pandora yourself.

After seeing Avatar, Cameron should be the odds on favorite to walk away with a bushel full of Oscars come March.

The movie ended rather typically of a major blockbuster in waiting, that is to say that a sequel isn’t to far off in the future. As a matter of fact while surfing the web I found this bit of news that seems to state that Cameron planned Avatar to be a trilogy.