>Over the weekend, front page news on the cover of the Asbury Park Press announced the resignation of Brookdale Community College Lawyer John Cantalupo.

Cantalupo job as legal counsel for Brookdale, came under intense fire from Freeholders Amy Mallett and John Curley over the past few months, when the contract details of Brookdale’s former President, Peter Burnham, came to light back in February after he criticized the Monmouth County Board of Freeholders for funding cuts that would have lead to an 8% tuition hike(since rescinded). Both Amy Mallet and Curley called for Cantalupo’s, as well as Howard Birdsall’s (Brookdale Board of Trustees President), resignation at the time. 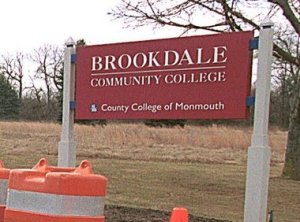 Some at the time questioned why former Freeholder Director Lillian Burry, remained silent on the subject and seemed to be overly supportive of Burnham. Little did they know that Burry’s support for Burnham and silence on demands for Broodale trustees to step down, was driven by guilt through association rather than a need to hear the facts first.
As I first pointed out back in April, John Cantalupo and Howard Birdsall both were/are so intertwined within Monmouth County through political donations and public contracts, that Burry must have felt it wasn’t in her best interest to speak out publicly against them at the time.
I also pointed out that Cantalupo is a close personal friend of Burry’s and was until this past week, acting as her campaign treasurer for a number of years. During Cantalupo’s tenure as Brookdale’s lawyer, he negotiated the terms Peter Burnham’s Brookdale contracts. Given Cantalupo’s status as personal friend and campaign treasurer, I found it hard to believe that Burry had no idea of over the years, what was contained in Burnham’s employment contracts.
And here’s why:
Lillian Burry has sat on the Board of School Estimate since she has been a Freeholder. The Board of Estimate is comprised of three Freeholders and two Trustees and it is their responsibility to look over the budgets presented to them by college’s board of trustees. Burry consistently voted for the college’s budgets and sang songs of praise year after year, never finding flaws. These budgets contained all expenses including presidents and attorney’s contracts.
Ethically, she should never have had a seat at that table knowing her relationship with Cantalupo. She has been supporting and is embedded in all that is wrong with this system, which is interesting when you read how Cantalupo praised her, “She’s a great lady and has the highest ethical standards,” in the APP article that announced his resignation as the attorney representing the Board of Trustees and General Counsel for Brookdale.
It should be noted that Freeholder Mallet recently attended the Board of School Estimate meeting and reminded them that she called for the resignation of John Cantalupo in early April. She copied an email to all Freeholders and Board of Trustees members about it but never received a response from anyone.
The country club is still alive and well here in Monmouth County and anyone who thinks otherwise is either delusional or uninformed. The only way to change is is to support Freeholder Mallet’s petition to impose term limits on county board and commission appointees, many of whom are political insiders who have sat on these boards for twenty or more years. Having people serve on such boards for such lengths of time only leads to graft, corruption and complacency and this needs to end.
Sign the petition Here