Letting The Sunshine In; Two Recent Rulings That Middletown Should Heed 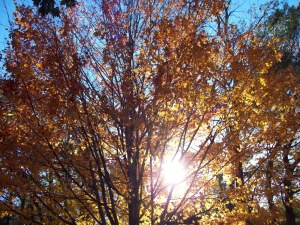 John Paff, if you have not heard of him, is a Libertarian that challanges towns in NJ to verify that they are following Open Public Meetings Act and fulfilling OPRA requests correctly. He has won many lawsuits forcing towns to comply with the law.

In an August 4, 2011 letter to the attorney for the Eveham Township Council, Burlington County Prosecutor Robert D. Bernardi said that “Evesham Township officials did unwittingly run afoul of the prohibitions contained in the Open Public Meetings Act” by discussing public business by way of e-mail communications. Prosecutor Bernardi, however, declined to impose fines against the officials because that it was a not a “knowing” violation and that “educating public officials who may have mistakenly violated the provisions of the statute is far more effective than the imposition of nominal fines.”

The prosecutor’s letter, which is on-line here, http://ogtf.lpcnj.org/2011216TS//b10804BurlcoProsEvesham.pdf was sent in response to a complaint filed by the New Jersey Libertarian Party’s Open Government Advocacy Project.

In an August 4, 2011 decision, Bergen County Superior Assignment Court Judge Peter E. Doyne considered, among other issues, the question of public officials using private e-mails to discuss public business. Judge Doyne ultimately concluded that using personal e-mail accounts for public business “appears highly questionable” and “order[ed] counsel for [the municipality] to circulate a memorandum among all pertinent Borough employees directing they use only their public e-mail accounts, rather than private accounts, when conducting town business.”

This is the first such holding of which I’m aware and it may be useful in convincing other government officials to sent official e-mail communications solely through their governmental e-mail accounts. Judge Doyne’s decision is on-line here. http://ogtf.lpcnj.org/2011216T8//DoyneWoodcliffLake.pdf

Many thanks to Kevin M. O’Brien, who filed and prosecuted this lawsuit without the aid of an attorney.

Tony Fiore and others on the Township Committee should take heed in these two rulings and make sure that when there are communications between Township Committee members and others in the administration, that they use their official township email addresses to do so. In this way they ensure that a record of their conversations are accessible to the public
Private correspondences between officials to discuss Township business, knowingly or unknowingly is a violation of the sunshine law, but more importantly is a violation of the public’s trust.