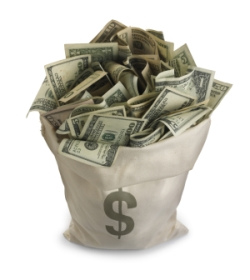 One of the more interesting line items that I found in the proposed Middletown Municipal budget that will be introduced at tonight’s special budget meeting is the $365K transfer of surplus funds from the Middletown Sewer Authority to the Township.

Under the heading of General Revenues on sheet 10 of the budget, the line item titled Miscellaneous Revenues shows a contribution of Sewer Authority Surplus of $356K to the municipal budget.
So the questions are, if the Sewer Authority has this much money sitting around to give to the Township, are they charging us too much for their services? And, if this $365k is over their surplus allotment what were they planning to do with this money if they did not “give” it to the Township?
Its been a well known fact that the Middletown GOP uses the Sewer Authority as a dumping ground for party loyalist and cronies, each commissioner of the authority is entitled to a yearly stipend, township health benefits and pension credits. Obviously, the Sewerage Authority is like a slush fund where favored professionals get paid, people get jobs, no one watches what’s going on and is a nice way for the majority party to reward those who tow the line.